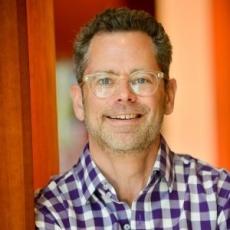 Andrew is a Founding Partner of GrowthX. He has been in the technology sector since 1998, based in New York City, Hong Kong, Singapore, and Palo Alto. Andrew began his career in technology as a lawyer for the early Internet pioneers in Search (Alta Vista and Yahoo), AdTech (DoubleClick), SaaS (Salesforce) and others while practicing law. He left private practice at Skadden Arps to join DoubleClick leading up to the Google acquisition. Andrew then joined Thomson Financial where he co-founded their financial news business leading to the acquisition of Reuters. At Thomson Reuters, Andrew served as Publisher of Reuters News, where he worked on innovation and design-thinking with nearly 3,000 journalists based in 200 countries worldwide. He then became Co-Founder and Managing Director of the company’s legal media business in Asia Pacific and the Middle East. After 6 years in Asia, Andrew returned to the U.S. and returned to helping early-stage companies. In Silicon Valley, Andrew was early at Guidespark, an employee communication SaaS platform, and BrightTalk, a content marketing SaaS platform and professional community. He then co-founded GoodMoney to democratize high-performance, values-based investing. During that “wonderful learning opportunity,” Andrew met his current partners and co-founded GrowthX. Andrew is a Kauffman Fellow, Trustee at the Nashville Children’s Theatre, Founding Organizer of Nashville Entrepreneur Week, Regional Board Member of Venture for America, and a proud Mentor at Alchemist Accelerator in Palo Alto, Matter in San Francisco, WeWork in Nashville, and, nationally, at Galvanize. Andrew received his undergraduate degree from the University of Cincinnati and his law degree from Georgetown University.